The toxicity of burning materials has been an ongoing concern in the fire testing community for many years. With regards to building codes, the federal government never opted to mandate combustion toxicity testing.

In 1986, New York State did issue a law that required the combustion toxicity testing of wallcoverings and draperies.

The two test protocols at that time were the NBS (National Bureau of Standards) test and the Pittsburgh test. The NBS test was later adopted by NFPA under standard number 269. 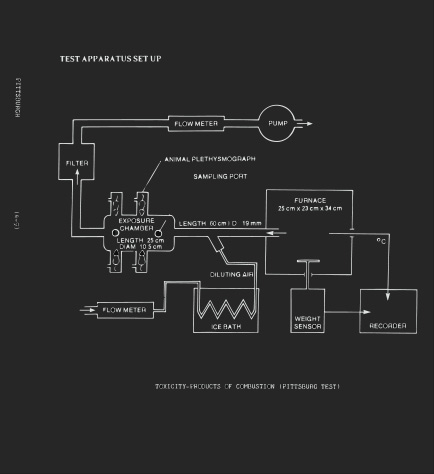 The tests entailed the use of mice or rats that were placed in an airtight chamber which received the combustion product of the burning material.

The classification was based on the amount of the burning material that would result in the death of 50% or more of the test animals that were exposed to the combustion product.

The New York law did not list any pass/fail criteria. It only required that the test report be filed with the State of New York. 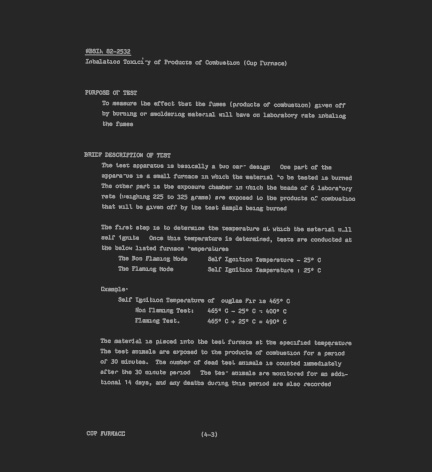 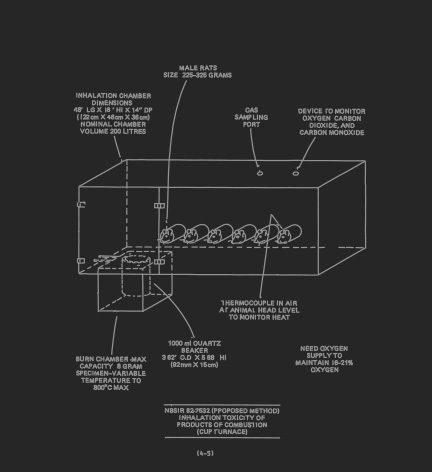 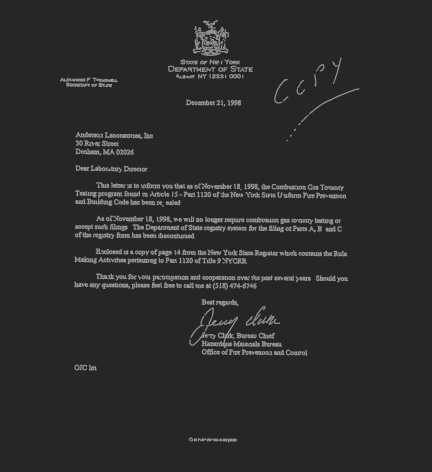 Going further back in time to the late 60’s/early 70’s, the airline industry was also trying to assess the various gases given off by burning materials.

While the Federal Aviation Administration limits the smoke production of certain materials used in aircraft interiors, they opted not to require the measurement of toxic gases.

Independently of the FAA, both Boeing and Airbus developed their own tests which measure six different gases through analytical procedures as opposed to live animal testing. 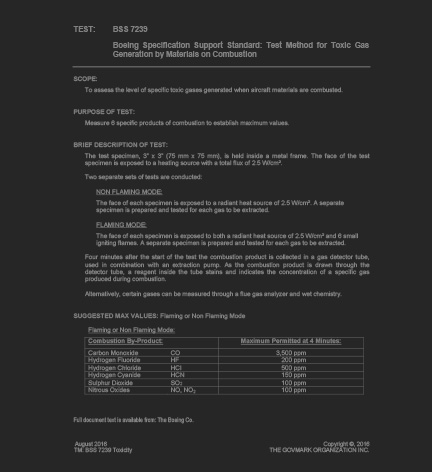 The Boeing test has been adopted in North American specifications for public transportation carriers such as buses, vans, and railcars.

Available as a separate document is the SGS Govmark Testing Services quotation to perform the Boeing test.

Attached hereto are summaries and sketches of the tests referenced in this document. 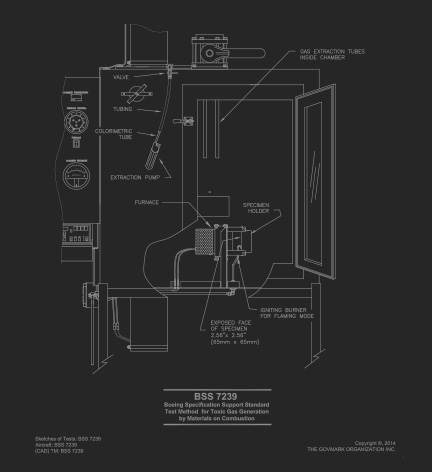